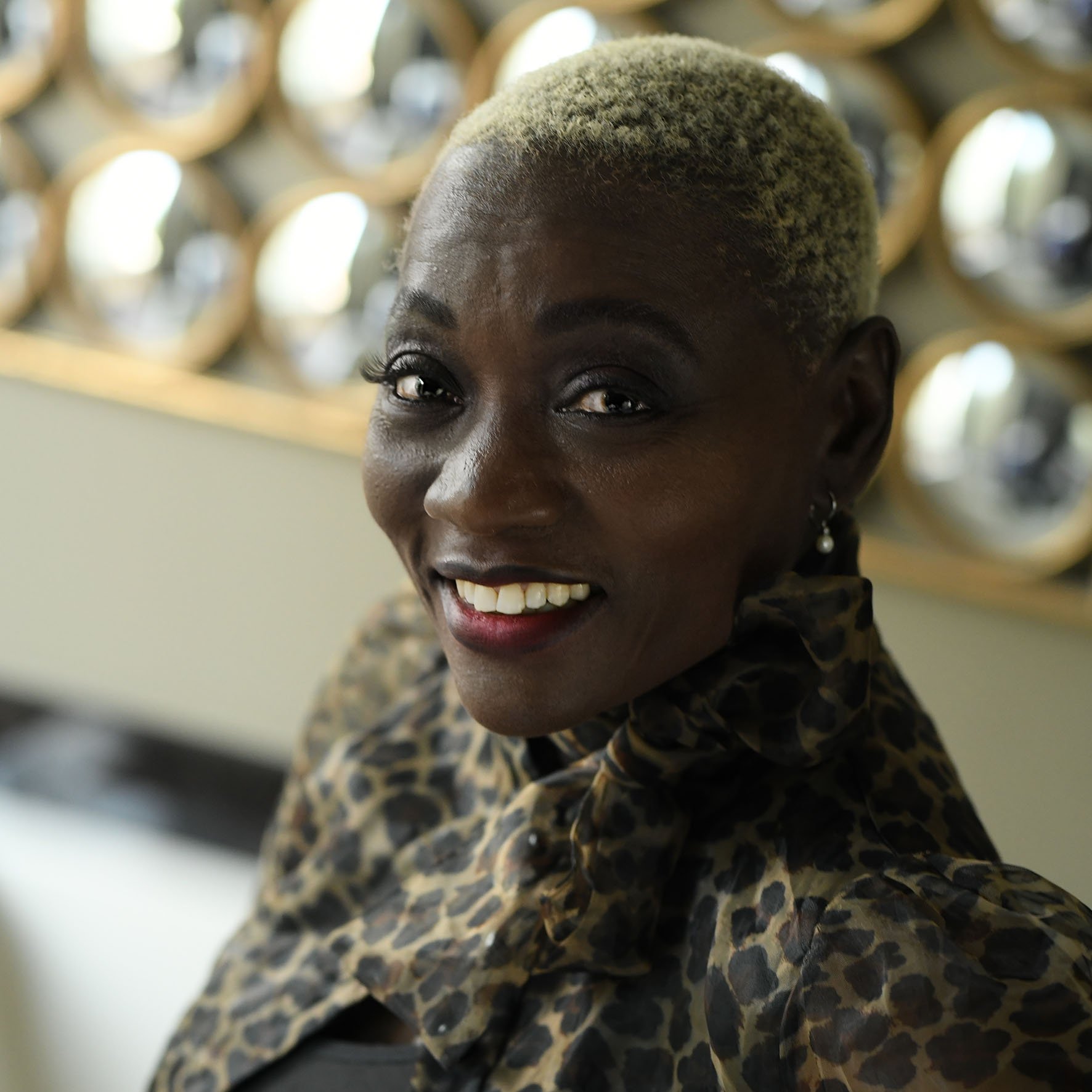 The global responsibility to act sustainably!

Dr. Obama is a German studies specialist, sociologist, journalist and author. She raises her strong voice and inspires people around the world to take responsibility.

Auma Obama was born in Nairobi in 1960 to Barack Obama Senior, a government official, and Kezia Obama, a housewife. She came to worldwide attention when she supported her brother Barack Obama in his 2008 campaign for the office of U.S. President.

Her fascination with German literature helped her win a scholarship from the German Academic Exchange Service, which enabled her to study German and Sociology in Saarbrücken, Heidelberg and Berlin from 1980. After receiving her doctorate in 1996 in Bayreuth, she worked for the Friedrich Ebert Foundation and the Carl Duisberg Society in adult education. As a freelance journalist, she focused on Africa and the Germans' image of Africa. In 1986, she moved to Great Britain, got married and had a daughter.

Auma Obama's life theme is and remains her social commitment. After several years with an international aid organization in Africa, she founded her own Auma Obama Foundation "Sauti Kuu" in Germany and Kenya in 2010. "Sauti Kuu" comes from the Kiswahili language and means "Strong Voices" in German. The foundation aims to give disadvantaged children and young people a voice, and to awaken and strengthen their potential.

Despite the fact that she now lives in Nairobi again, the connection to Germany was never broken. Therefor, Dr. Auma Obama travels as a keynote speaker and interview partner on the topic of "ecological, economic and social sustainability" through Germany and the whole world.

She inspires with her knowledge, her humor and her uncomplicated interaction with her audience. She talks openly about uncomfortable truths and shakes people awake. 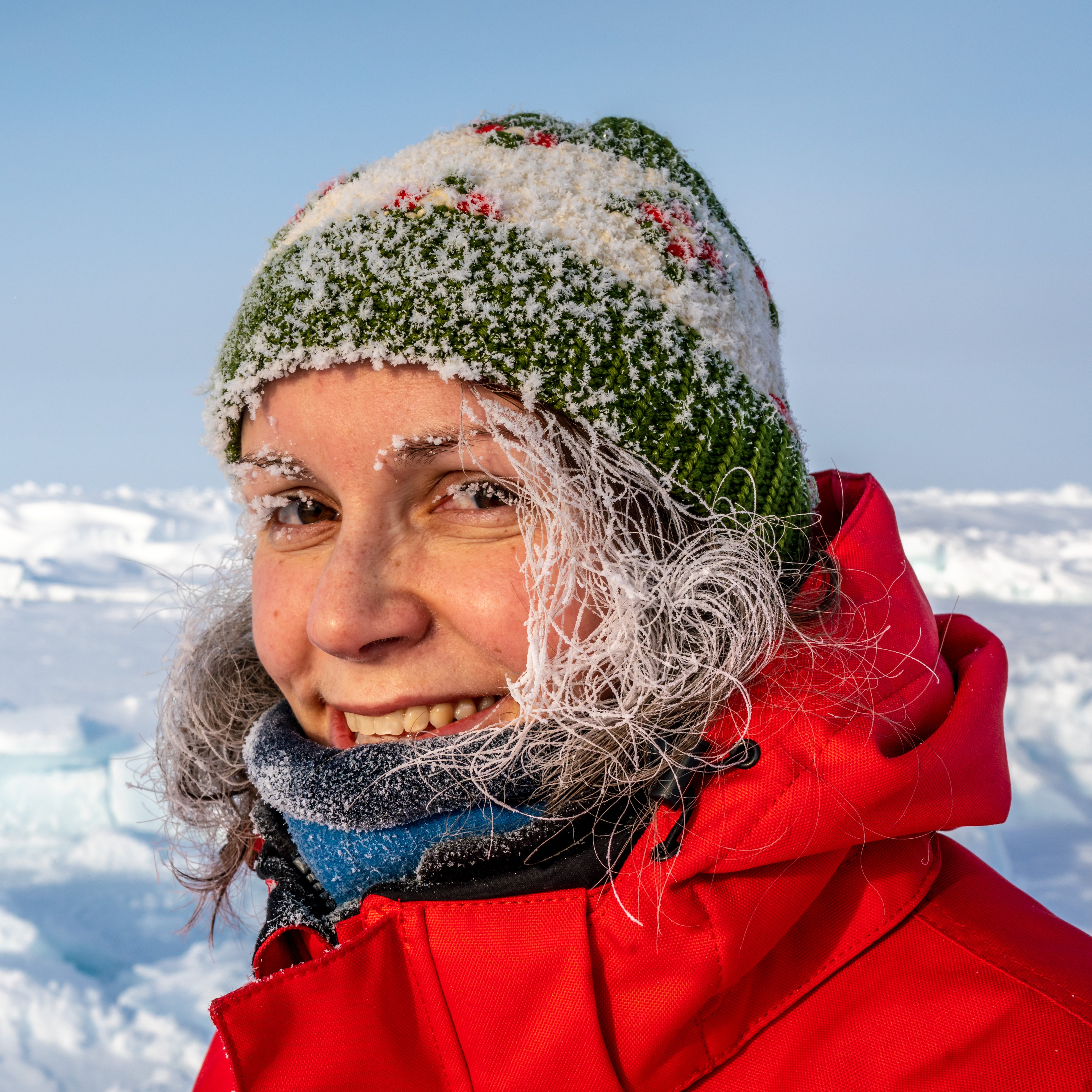 Insights into the MOSAiC expedition!

Dr. Schaffer is a physical oceanographer at the Alfred Wegener Institute, Helmholtz Centre for Polar and Marine Research. She reports from the largest Arctic research expedition in history.

Janin Schaffer studied Climate Physics at the GEOMAR, Helmholtz Centre for Ocean Research Kiel. During her training, she joined several research cruises and fell in love with the sea. In 2014, she started working as a physical oceanographer at the Alfred Wegener Institute, Helmholtz Centre for Polar and Marine Research, where she received her doctorate in 2018. Her research focus is on how warming ocean waters contribute to the retreat of tidewater glaciers around the coast of Greenland. Driven by her curiosity to study the physics of the polar oceans, she co-organized and joined many research expeditions to Greenland and Antarctica.

Recently, Dr. Janin Schaffer has taken part in the MOSAiC expedition. Starting in autumn 2019, the German research icebreaker Polarstern has drifted for an entire year with the sea ice through the Arctic Ocean. On the MOSAiC expedition, scientists from 20 nations have set up a research camp on an ice floe to study the ocean as well as sea ice, snow, and the atmosphere in this extreme ice landscape during all seasons. In the past few decades, hardly any other region on earth has changed as much as the Arctic. In recent years, temperatures have risen more than twice as much as the global mean. This not only has an impact on the decreasing sea ice extent, but the changes in the Arctic climate system also affect our weather in the temperate latitudes. One of the many scientific goals of the expedition was therefore to better understand the influence of the Arctic on the global climate.

Dr. Janin Schaffer spreads her passion for the Arctic Ocean to young and old by giving presentations at schools, in societies, on the street and during YouTube events. She provides insights into her exciting measurements in the (turbulent) Arctic Ocean under the MOSAiC floe and reports on unique experiences while working on the ice in the Arctic winter. However, she also talks about the ongoing dramatic changes observed in the Arctic and the urgency for real climate action. 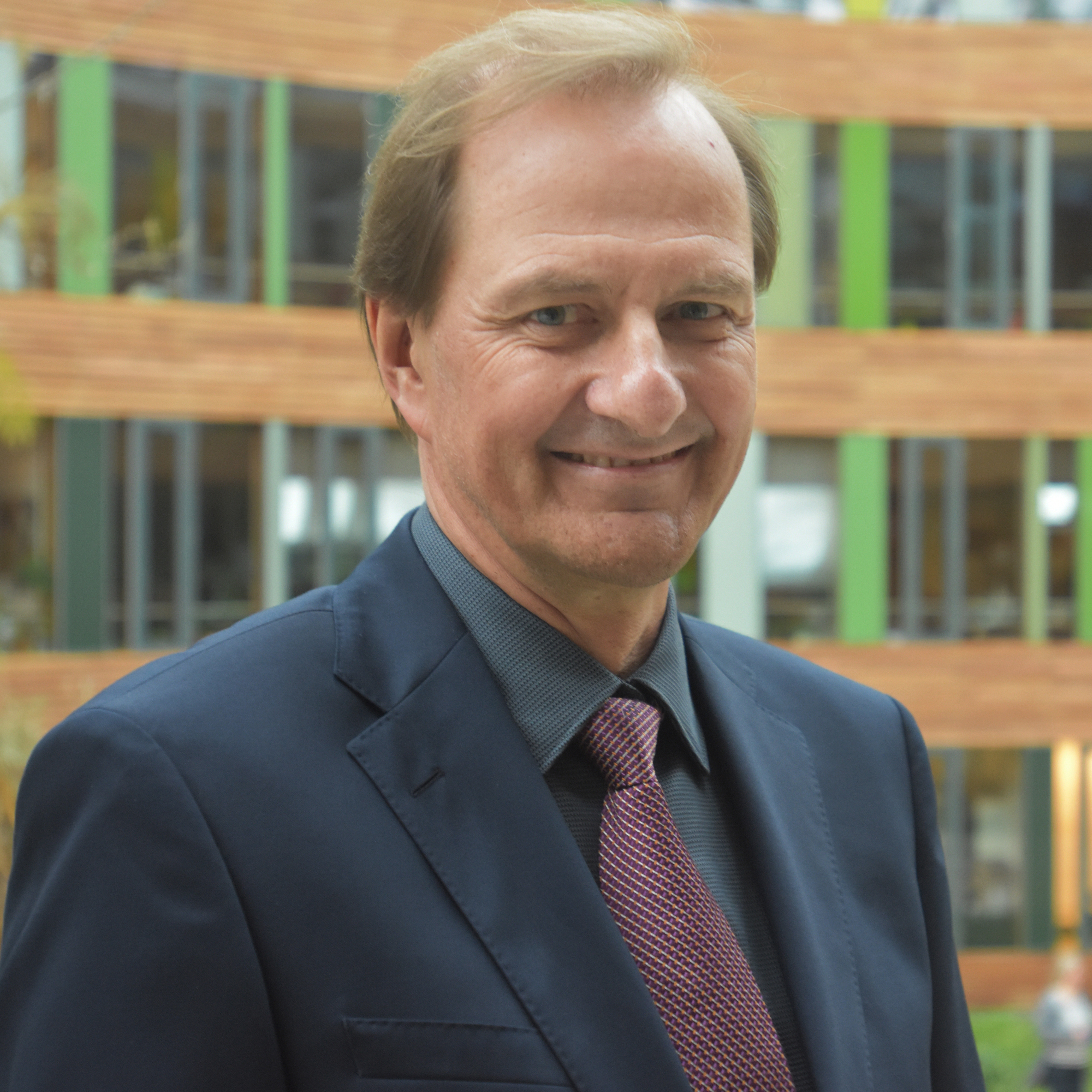 is the motto of the Umweltbundesamt (German Environment Agency), whose president Professor Dr. Dirk Messner we warmly welcome as one of our keynote speakers at LCM 2021.

At Germany’s main environment authority, Professor Messner, inter alia, makes sure that there is a healthy environment in Germany which protects people as much as possible from adverse environmental influences, such as pollutants in air and water. The range of topics covered is broad – ranging from waste avoidance to climate protection and pesticide approvals. The internationally renowned sustainability researcher assumed the presidency on January 1, 2020. Furthermore, he is co-director of the “Käte Hamburger Kolleg / Centre for Global Cooperation Research” at the University of Duisburg-Essen.

Professor Messner is an internationally recognized expert in the fields of globalization/global governance, transformation pathways to sustainability, decarbonization of the global economy, sustainability and digital change as well as international cooperation and societal change. Throughout his scientific career, Professor Messner has been involved in various high-ranking policy advisory councils, including co-chairing the German Advisory Council on Global Change (WBGU). Presently, he is, among others, co-coordinator of “The World in 2050”, a global research consortium for the implementation of the Agenda 2030. Prior to joining the German Environment Agency, Messner served as Director of the Institute for Environment and Human Security of United Nations University from 2018-2019 and Director of the German Development Institute from 2003-2018. We are looking forward to Professor Dirk Messner’s LCM 2021 keynote “The Missing Link: Merging Sustainability Transformations and Digitalization.“ 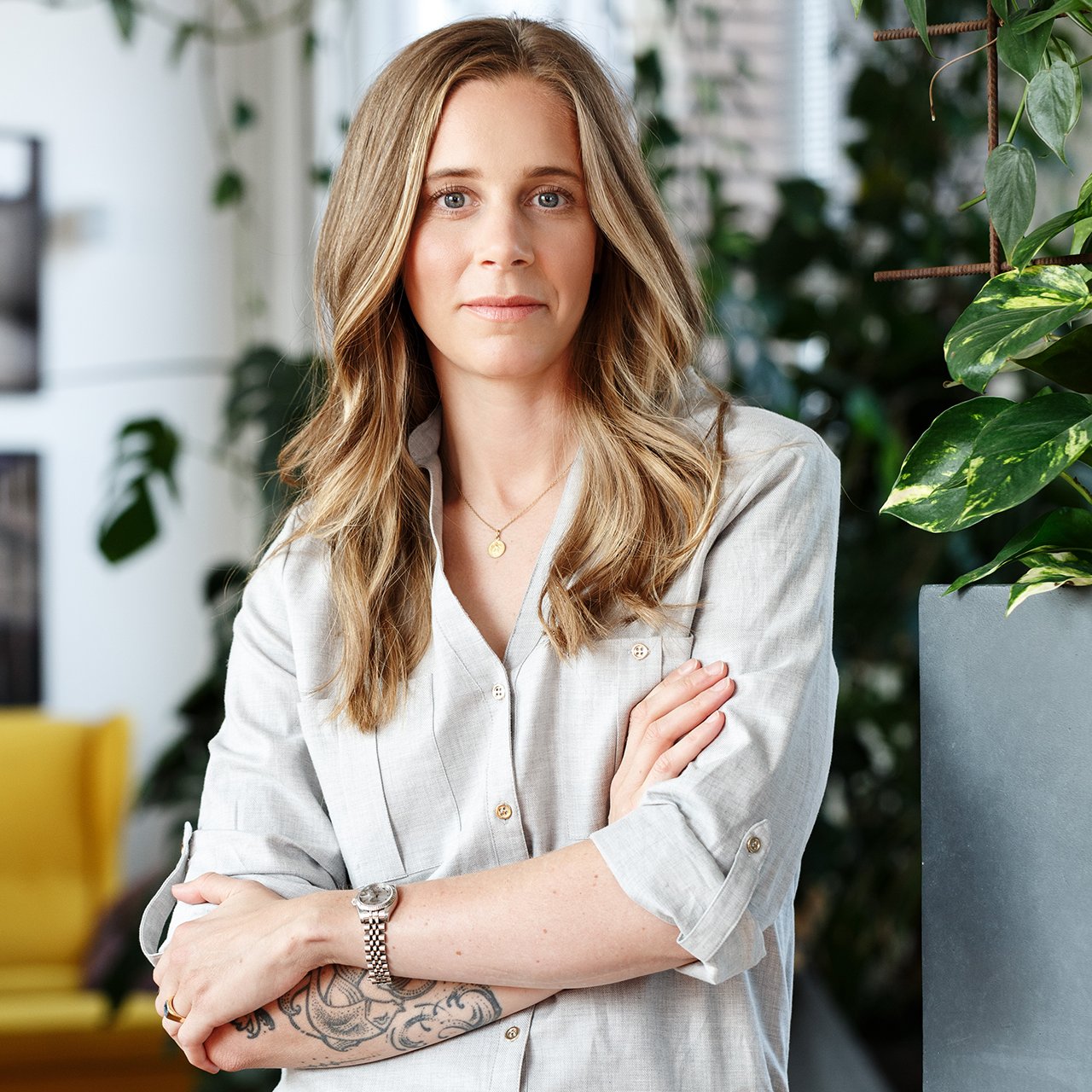 Accomplish the transition. In °C.

Hannah Helmke’s company right. based on science develops science-based climate metrics to measure and manage the contribution to global warming.

Hannah Helmke is co-founder and CEO of right. based on science, a provider of climate metrics and software. Her focus on economic activity in a world affected by climate change was the result of combining both her academic disciplines: Psychology and International Business. Hannah follows her strong conviction that a science-based approach is the best way to manage the emotionally charged field of corporate climate strategy. Before founding right., she worked for the IT service provider BridgingIT and Deutsche Post DHL Group. There, she explored the potentials of digitization for reaching sustainability targets and worked on introducing science-based targets as reporting instruments.

Under her leadership, right. based on science received the prestigious Next Economy Award 2020. She herself was awarded the Digital Female Leader Award 2020 in the category 'Sustainability' as well as the 'Female Founders Award' of AmCham Germany in 2021.